The Twentieth Anniversary of “Yoga Poems: Lines to Unfold By” 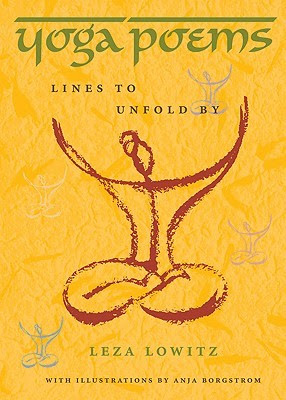 Today I thought I’d let you know about a special book by my long-time friend Leza Lowitz (who is now a contributor to this blog!) that was published 20 years ago and that is still in print. It’s a beautiful collection of poems that Leza wrote that were directly inspired by her yoga practice. She says that stretching and twisting, breathing and calming her mind and body, she discovered places that were very stiff but also reserves teeming with strength, stamina, and grace. And, one day, a funny thing happened. “As I was dangling in Downward-Facing Dog,” she says, “the line of a poem came to me: ‘Within my body, there’s a city.’” She told me that after that, during her practice, the muse would speak to her and other lines would come. Here’s an example poem:

Here there is nothing to fight
except willfulness.
Some lean too far
into the past.
Others stretch way out
into the future.
The true warrior
stays in the
moment,
burning deeper
into whatever comes,
or sometimes with
even more difficulty,
what doesn’t.

Leza says that symbiosis of yoga and writing feels natural.
“Writing is a way of imbuing our lives with meaning. When we read a good book, we feel as if the author has spoken directly to our soul, unlocked something previously hidden. The grail of writing is self-knowledge. This is true of yoga, too. Yoga is the practice of surrender, of dropping into the silence and into the present moment, which is an incredibly vulnerable, powerful action.”
She also says that she released stifled emotions and memories through yoga, unsealing channels of creativity, and that she became more productive after starting her practice in 1994.
“The experience of working in a yoga pose, doing it over and over and over again to find alignment and release, helped me see that the same process in writing was not a failure but a necessary and important part of creativity. I came to accept the axiom that 99% of good writing is revision.”
I’m proud to say that Leza and I talked regularly while she was writing this book, and that I introduced Leza to Anja Borgstrom, who did the illustrations and cover art for the book. The end result was a beautiful book, and now I’m thrilled it has been in print for 20 years!
Yoga Poems: Lines to Unfold By is available on Amazon.

You can read more about Leza’s writing at www.lezalowitz.com and about her yoga studio and classes at www.sunandmoon.jp.

Yoga With Duke and Indy