Practice from the Ground Up: Donald Moyer’s Teachings on the Feet 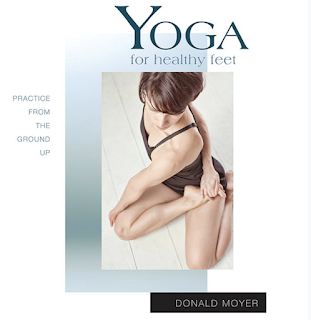 I’ve been walking more since March, when the San Francisco Bay Area’s shelter-in-place took effect. In pre-covid life, I tried to get out for a hike once a week, but now I hike almost every day. It gets me (and the dog) out of the house for a good hour or two, and ensures that we’ll both sleep well. But walking so much has me noticing imbalances in my body, reminding me that everything starts with the feet. If your feet aren’t supporting you evenly, nothing else lines up quite right either.

Earlier this week a student mentioned an issue with her foot, and while talking with her on the phone, I pulled out Donald Moyer’s book Yoga for Healthy Feet: Practice from the Ground Up to see what he had to say about it. After the phone call, I picked up the book again ended up rereading a good portion of it in one sitting. His writing is much like his teaching: clear and precise, with just the right amount of detail to help his students turn inward and start to unravel complex inner workings of their bodies.

He breaks the subject down into three different sections, and recommends that the reader take some time with the first section, which discusses the anatomy and alignment of the foot and ankle. He notes how differently shaped feet can indicate particular soft-tissue issues, and suggests gentle, attentive ways to address each issue. The second section introduces the “learning poses,” which are mainly standing poses or variations on orientation with standing pose shapes, but he also includes a few sitting poses that tend to be challenging for the feet. As he did in his teaching, he gently and methodically works his way through each aspect of the pose, particularly noting the specific work that balances the feet. Finally, section three starts off with a frequently asked questions section, then goes into a series of practice sequences, which utilize all of the poses described in the Learning Poses section.

I definitely recommend checking out Donald’s superb teaching style through his writing. You can purchase Yoga for Healthy Feet: Practice from the Ground Up at a number of independent booksellers, including Shambhala, Powell’s, and Indie Bound. Do yourself a favor and pick up a copy! 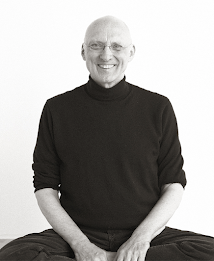