My Current Assessment of the New Pfizer/BioNTech COVID-19 Vaccine 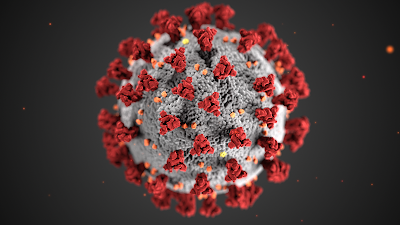 It was quite a welcome surprise to learn that the Pfizer/BioNTech COVID-19 vaccine (BNT162b1) is showing greater than 90% efficacy in preventing SARS-CoV-2 infection. This vaccine is one of several mRNA-based vaccines that were recently in phase 3 clinical trials, including the one from Moderna. The questions now on everybody’s mind are: Is it safe? And when will it become available?

The safety data for this vaccine will be more fully detailed in their FDA filing and follow-up publication, which we can expect approximately a few weeks from now. However, there are several things that are already known about this vaccine. First, there appears to be good production of neutralizing antibodies as well as a good T-cell response, both critical for an effective vaccine. Then, the vaccine is easy to manufacture but difficult to distribute and administer. Messenger RNA (mRNA) is highly unstable and has to be protected in some type of micro particle, a lipid nanoparticle in the Pfizer vaccine. It requires very cold storage temperatures to keep it from degrading and must be thawed, dosed, and injected into the patient in a hospital/clinic setting where they have the proper infrastructure.
To understand the safety issues, it’s helpful to know something about the type of vaccine this is, one that uses a brand-new technique. Instead of consisting of a weakened version of the virus, this is a mRNA vaccine. Here’s how it works: The mRNA encodes the receptor binding domain (RBD) of the SARS-CoV-2 spike protein, which is a key protein the virus uses to attach and invade host cells through our ACE-2 receptor. Once the mRNA is transfected into the host cell, it is translated by the host cell to produce the viral spike protein RBD, which gets shuttled to the cell surface where it can be recognized by our immune system. Because this mRNA is only transiently expressed in your host cells it is inherently non-infectious, so the safety concerns are small. In addition, Pfizer/BioNTech appear to have tested the vaccine in a broad spectrum of subjects of different ages and races Finally, the adverse effects appear to be mild to modest, with symptoms not unlike what some people experience with the flu vaccine, such as soreness at site of injection, fatigue, mild fever, and/or nausea. So, all good news so far, but more details should emerge in the next few weeks that should provide more clarity on safety and efficacy. I’ll report back later as these details become available.
Details about its availability are only now coming out, but although 10-20 million doses are expected before the end of this year, it probably will not be widely distributed until March or April of 2021. 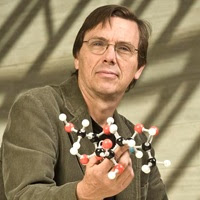 Brad Gibson, Ph.D., is our behind-the-scenes scientific consultant, who still writes very occasionally. As a former Professor at the Buck Institute for Research on Aging, Brad’s work was focused on understanding the biological and chemical processes that are common to both age-related diseases and aging. Prior to that he was a Professor of Pharmaceutical Chemistry at UCSF from 1985-2000, where he worked on various biomedical research projects including infectious diseases and structural biology. Brad joined Amgen in 2016, a California-based biotechnology and pharmaceutical company, where he is currently a Director of Therapeutic Discovery. Brad received his PhD in Analytical Chemistry from the Massachusetts Institute of Technology in 1984 and then took a postdoctoral fellowship in Chemistry at Cambridge University in England before joining the faculty at UCSF in 1985.